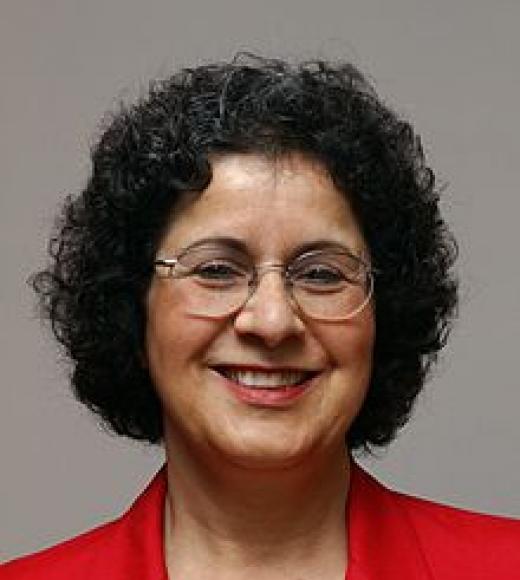 Suad Joseph is a scholar of Middle East gender and family studies. Her research has focused on the relationships between religion and politics, family and the state, gender and citizenship, children and rights, and culturally specific notions of selfhood. She has focused considerably on institution-building: She founded a group leading to the establishment of the Middle East Section of the American Anthropological Association; she founded the Association for Middle East Women's Studies and co-founded its internationally recognized Journal of Middle East Women's Studies; she founded the Arab Families Research Group; and a six-university consortium. She co-founded the Arab American Studies Association and the Association for Middle East Anthropology. She was the president of the Middle East Studies Association of North America, the main professional association for scholars of the Middle East. She co-founded the Women and Gender Studies Program and founded the Middle East/South Asia Studies Program at UC Davis. She was awarded the UC Davis Prize for Undergraduate Teaching and Research, the largest such prize in the United States. She was awarded the graduate mentor award by the Consortium for Women and Research. Her public service has been recognized: She was awarded the Diversity Leadership Award and the Distinguished Scholarly Public Service Award by UC Davis. Her research has also been committed to supporting the research of colleagues. She is General Editor of the highly esteemed Encyclopedia of Women and Islamic Cultures, the first encyclopedia of its kind, which Choice, the magazine for librarians, ranked as "essential" for libraries. She has edited or co-edited eight books and published over 100 articles. For the past decade and a half, she has offered training in proposal writing and research design to young scholars in the Middle East, Europe, and the United States.

Professor Joseph is currently working on three projects: The first is a long-term research project following a cohort of children in a Lebanese village, observing, as they grow, how they learn their notions of rights, responsibilities, nationality, citizenship; how these notions come to be gendered; and how the notions are transferred from family arenas into political/public arenas. The second is a project on transnational Lebanese families, study some of the families from the first project who migrated to the United States and Canada. The third is a media project, critically assessing the representation of Arab and Muslim Americans in major print news media such as the New York Times and the Wall Street Journal.